“The neighborhood of ‘The Mouth'”

We started at a café. Very cute, extremely friendly help and delicious drinks. I learned there, that in Argentina asking for a café will not give you a cup of coffee, but rather a shot of espresso. Instead, you have to ask for a café americano, which will give you an actual cup of coffee.

From there, we went on a tour of the city, visiting the most popular barrios (neighborhoods) of Buenos Aires. The tour included the barrios San Telmo, Recoleta, La Boca, Puertas de Madera and Palermo. I learned a lot about the culture in this one tour. I learned that the people of Argentina, mainly porteños (citizens of Buenos Aires), are extremely liberal. While the national monuments like La Casa Rosado and the plaza of 9 de Julio looked very nice, accross the street there were posters and a lot of graffiti, mostly advertising political views. My advisor also let me know that many Argentinians have much respect for Barack Obama (very interesting).

I must say, the most interesting barrio to me was La Boca. The street Caminito is a very colorful street. These painted buildings were the muse of artist Benito Quinquela Martín in 1960.  Besides the interesting buildings, my interaction with the people was even more interesting. One man asked me if I was Serena Williams! Clearly, I look nothing like her, but it was clear that he had never seen a black woman before. I laughed it off and politely told him that I was not her.

After getting lost in Puertas de Madera, we finally made it home and ended the night with fresh empanadas. Which, I may add, were sooooo good!

Well that’s all for now, check out my pictures below! 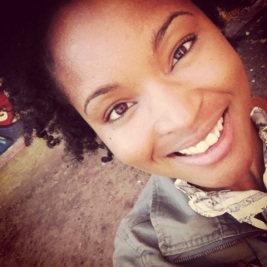 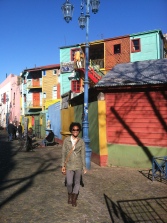 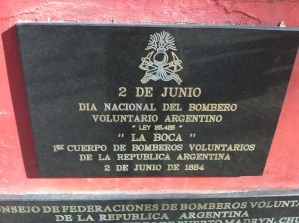 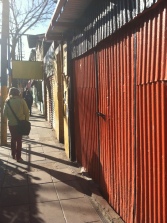 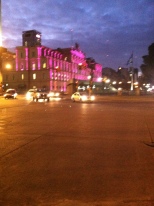 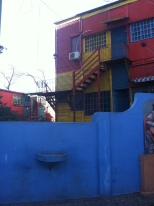 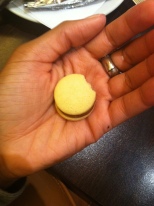 A macaroon? I think, it was very tasty! 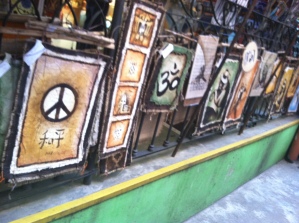 The artwork was amazing in La Boca. 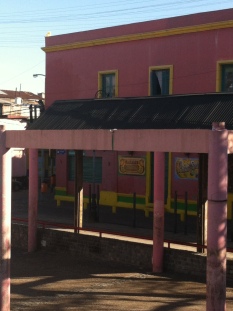 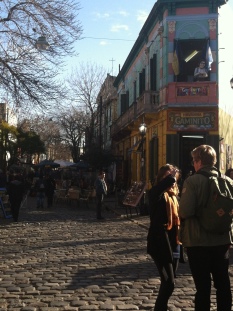 El sol or “sun” (top of the cathedral)

Look who I found! Shoutout to Jamaica!

Is that beer with whipped cream? Interesting….

These manikins were throughout the barrio. 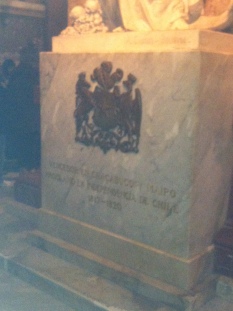 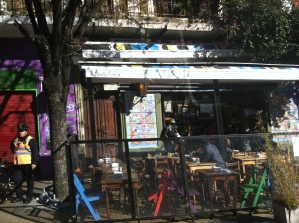 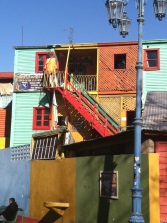 "Because we're all queens"